Over a period of 12 years  (2007-2019), the Tropical Legumes projects led to the development of 266 improved legume varieties and production of about 497,901 tons of certified seeds of the target legume crops. These seeds have been planted on about 5.0 million ha by over 25 million smallholder farmers in 15 countries and beyond, producing about 6.1 million tons of grain worth US$ 3.2 billion. The project, funded by the Bill & Melinda Gates Foundation, and implemented by ICRISAT, CIAT and IITA, also trained 52 next-gen scientists. The success stories and achievements of Tropical Legumes projects and the way forward for legumes research have been documented in a special issue of the journal Plant Breeding. Papers written by several ICRISAT scientists together with their collaborators are included in this special issue, which can be accessed here: https://onlinelibrary.wiley.com/doi/abs/10.1111/pbr.12632

Genomics: Through collaborative bilateral and multilateral projects, genomic resources and tools such as draft genome sequence, resequencing data, large-scale genome-wide markers, dense genetic maps, quantitative trait loci (QTLs) and diagnostic markers were developed for use in breeding applications. The availability of a large number of markers, mapping populations and draft genome sequence of pigeonpea helped in applying them for crop improvement. ICRISAT led the genome sequencing of pigeonpea (2011), chickpea (2013), germplasm sequencing of pigeonpea (2017)  and chickpea (2019) and co-led sequencing of groundnut (2019) and contributed to efforts of the International Peanut Genome Initiative (IPGI) (2016) to sequence the genome of Arachis duranensis (2016) and A. ipaensis (2016), ancestors of cultivated peanut, A. hypogaea. During the course of TL projects, draft genome sequences of soybean and mungbean have also been constructed to facilitate genome research into several related legumes that are important dietary components in Africa.

Several molecular breeding lines have been developed using genome information for many traits in these legume crops. By the collaborative efforts of ICRISAT and its partners – the Ethiopian Institute of Agricultural Research and the Indian Council of Agricultural Research – Geletu and Pusa Chickpea 10216 (BGM 10216) were released for commercial cultivation in Ethiopia and India, respectively. Similarly, in collaboration with University of Agricultural Sciences- Raichur, MABC-WR-SA-1 chickpea resistant to Fusarium wilt has been identified for release. In the case of groundnut, two molecular breeding varieties – Girnar 4 and Girnar 5 – were developed with joint efforts of ICRISAT and the Directorate of Groundnut Research. Currently, NARS partners such as the ICAR- Indian Institute of Pulses Research are leading the molecular breeding efforts.

Breeding: With these advances in genomic information and breeding support tools, there is great potential to improve genetic gains by implementing systematic breeding and tapping into the available natural diversity. To improve efficiency of breeding programs, the broadening of genetic base (for tolerance to abiotic stresses), novel breeding approaches such as MAGIC populations, accurate high-throughput phenotyping, rapid generation turnover, efficient breeding data management system, and genomics-assisted breeding were emphasized in the project. for instance a QTL hotspot associated with drought tolerance traits in chickpea enabled the development of a drought-tolerant variety with high yields.

The Tropical Legumes project, by enhancing genetic gains through genomics-assisted breeding approaches, has helped create a robust legume value chain system with a focus on climate-resilient crops and market-oriented development. While there were initially less than a million farmers growing legumes in the target countries, by the end of the project, there were 25 times as many. For a total investment of US$ 67 million by the Gates Foundation, the project has delivered a healthy return-on-investment (ROI) of US$ 25.  Going forward, greater use of digital tools like molecular markers and the Breeding Management System will help to achieve superior scale and efficiency in legume crop breeding, which is key to the well-being of millions of smallholder farmers in SSA and SA.

Dr Rajeev Varshney, Principal Investigator of the project, said, “It has been a pleasure to work with around 79 partners and see the outputs of TL projects, both in the form of knowledge and as applications in the field.”

Sharing his experience, Dr Chris Ojiewo, Global Project Coordinator, said, “I learnt about maintaining a balance between the CGIAR and NARS researchers, and the public and private sector stakeholders to deliver high quality seed of improved varieties to smallholder farmers in the vulnerable semi-arid tropics.” 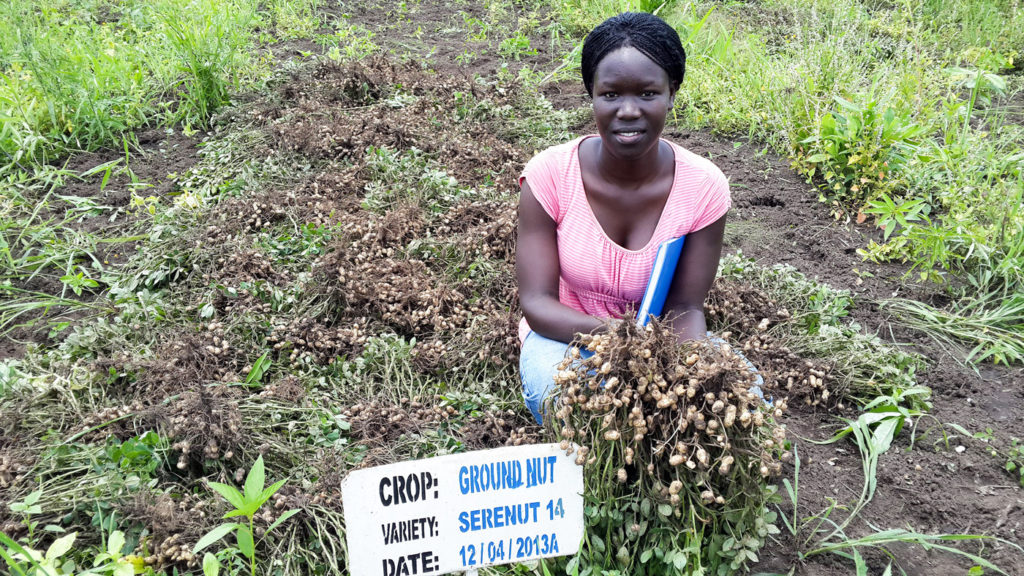