“Farmers thought we were coming to steal their money!” Microfinance specialist Lamine Sountoura remembers the first time he tried convincing farmers in Mali to warehouse their produce a decade ago. Sountoura and his colleagues from Soroyiriwaso Microfinance Institute were trekking through villages and hamlets in Sikasso region on a mission to help farmers understand that well-stored, quality grain can be used as collateral for loans. The personal approach worked. Farmers increasingly began storing their grain in warehouses, got much needed access to credit for income-generating activities, repaid their loans on time, and ploughed the proceeds back into farming.

“By the end of the trainings when the first credits were issued, farmers understood that the warrantage system was designed to help them avoid selling off their product at a low price. They understood that their grain stock is more valuable if well-maintained and properly stored,” says Sountoura.

The mission started in 2011 with Soroyiriwaso and NGO EUCORD partnering to train farmers and organizations to improve crop storage, marketing, and access to credit and inputs. A new opportunity emerged in 2018 through partnership with Malian NGO Malimark to establish Innovation Platforms as part Africa RISING’s large-scale Diffusion of Technologies for Sorghum and Millet Systems (ARDT_SMS) funded by Feed the Future through the United States Agency for International Development (USAID) and implemented by the International Crops Research Institute for the Semi-arid Tropics (ICRISAT).

Over the past two years, Sountoura and his colleagues have significantly improved crop producers’ views on microfinance services. They have helped establish ARDT_SMS Innovation Platforms in 10 villages orienting stakeholders on inventory credit system standards. 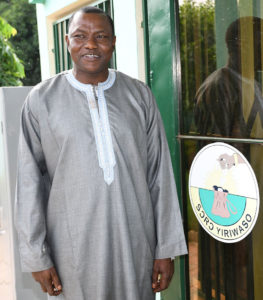 “I presented training modules on the warrantage system to more than 600 agricultural producers. It was a great ice breaker,” says Sountoura. “Conventional bank credits and loans are subject to requirements and conditions that most farmers are unable to meet. With the warrantage system organized by farmers groups within the Innovation Platforms, a good environment was created for them to store important stock of cereals safely. In the past two years, many farmers’ groups have amassed sufficient grain stocks as guarantee for microfinance institutes to allocate them agricultural credit for income generating activities or to buy inputs. During the trainings with Innovation Platform members, we emphasize the invaluable role that quality millet and sorghum stored in good conditions can play as a guarantee for credit and loans”.

Once cooperatives were brought together through Innovation Platforms set up by Malimark and partners, the microfinance institution assumed responsibility for supervising and monitoring the warrantage facilities. With storage and quality standards fully ensured, the institution granted loans to producers based on their needs and the amount of goods deposited into warrantage stores as guarantee. 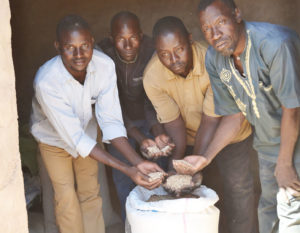 With stores that can hold up to 120 tons of cereal per season, the warrantage system presents a viable source of guarantee that has contributed to building trust between producers and microfinance institutions. According to Sountoura, a win-win partnership based on mutual trust was created and strengthened. “Our microfinance system granted Innovation Platform members credit of 18,000,000 FCFA (US$ 32,125) in 2018 and 30,000,000 FCFA (US$ 53,541) in 2019. This demonstrates that the system is working well and is a sign of the growing enthusiasm of producers for the warrantage system. We are happy that the loans taken were repaid 100% on time,” adds Sountoura.

In 2020, Dama Coulibaly and colleagues from an Innovation Platform in Bougouni district cultivated 160 hectares and harvested nearly 190 tons of cereal which will be stored as a guarantee for access to credit. Financing accessed through the warrantage system enabled Coulibaly to grow his business and invest in poultry. “The training I received in business planning and marketing is helping me negotiate better prices,” he says.

Poultry is just one of the ways farmers are using increased incomes from the warrantage system to diversify and exand their businesses. According to Issa Koné, “We have invested in composting which helped increase our maize production. We used to harvest 1.8 tons per hectare but after using the proper composting technique we have harvested 4.5 tons per hectare.”  He and his fellow Innovation Platform members are now working with a seed company which purchased 300,000 FCFA (US$ 531, 91) of seed from them in 2019. “They first visited our production fields and put an order to purchase our produce,” says Koné.

Baba Mariko, a producer from Becko village says, “We constructed a warrantage store for our harvests. From 5.6 tons in 2018, we reached a stock of 10 tons in 2019 which allowed us to access a loan of 950,000 FCFA (US$ 1,747).” Over a cup of tea, he and his friends tell us that the platform has built their confidence and improved their access to fertilizer. Members of the platform have acquired plowing oxen and even motorcycles.

Drissa Koné (left) is the marketing manager of an Innovation Platform of 367 members (including 122 women) in Signé and three other surrounding villages. The platform had 29 participants in 2016 and now has 367 members.

“The innovation platform has been a good place for me to learn about new varieties which are more resilient, productive and nutritious. I really liked the Tiandougoura variety because it is used both to feed livestock as a fodder while I keep its grains for my family consumption. Per hectare, I produced 2 tons per hectare, up from 1,700 kg for the local variety. It is also resistant to Striga. In 2017, I stored up 3 tons of my sorghum in the Platform’s warrantage store. I borrowed 245,000 FCFA (US$ 450) which I used to buy beef for fattening and sold for 300,000 FCFA (US$ 551). The profit made was added to increase my grain production and to enlarge my sheep fattening business,” he says. “The warrantage system has enabled many to keep their production in the store as guarantee to credit, avoiding wastage. Belonging to an Innovation Platform has given me access to a microfinance institute and to their credit,” stresses Koné.

Read more about work in Mali on EXPLOREit 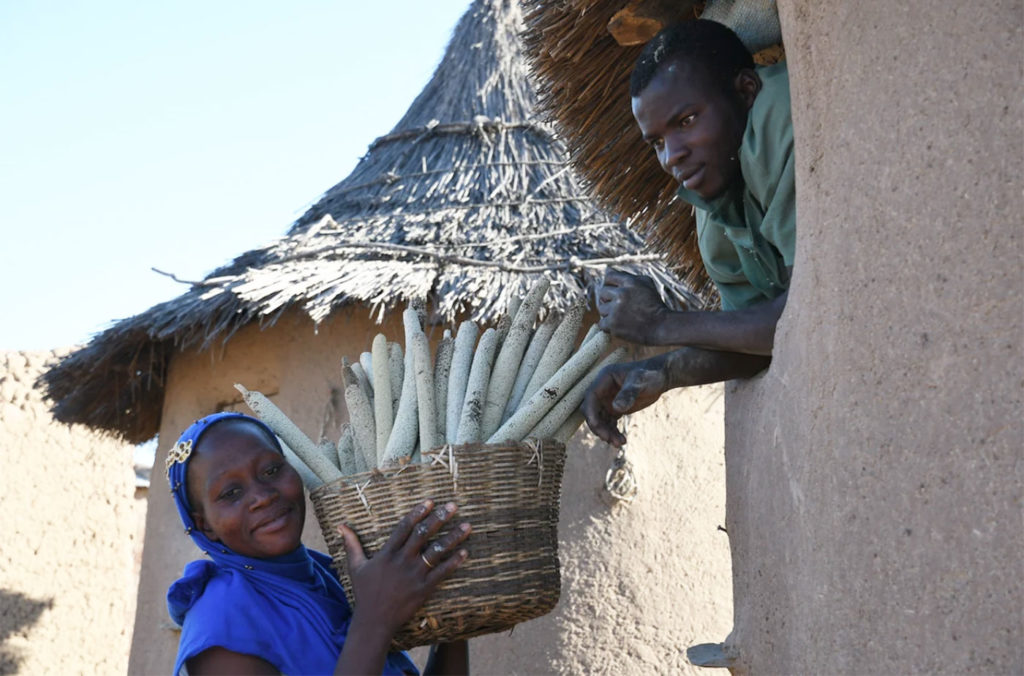