There are two compelling reasons for this shift. First, urban dwellers in Africa often have higher rates of malnutrition than their rural counterparts and, second, urban centres are large consumers of food produced in rural areas and in the process are altering the producing areas, sometimes beyond recognition.

‘Cities are changing our landscapes in ways we could not have imagined even 15 years ago,’ said Ravi Prabhu, Deputy-Director General of World Agroforestry (ICRAF), as he opened an expert meeting, Building Sustainable Food Systems for an Urbanising Sub-Saharan Africa, on 10 December 2019 in Nairobi, Kenya. 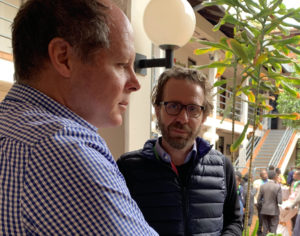 Rural-urban interdependency has been little examined by international agricultural research. So, organized by Michael Hauser of ICRISAT with CIAT, ICRAF and the CGIAR Research Program on Grain Legumes and Dryland Cereals, the meeting constituted a bold new space.

In current food systems, rural areas often fare poorly in interactions with cities yet urban areas are not flourishing either: they can have nutritional indicators that are worse than the national nutritional indicators. For example, 50% of children in Nairobi’s informal settlements suffer from malnutrition compared to Kenya’s national figure of 25%.

‘Low-income people reside in complex neighbourhoods where access to affordable safe and nutritious food is limited,’ stated the event’s agenda.

‘It’s food vendors who determine what we eat. We walk up to them and say: what’s ready?’ said Billian Ojiwa, a youth leader from Nairobi informal settlement Mathare told the meeting.

In opening remarks, Michael Hauser explained that the urban population in Sub-Saharan Africa is growing twice as fast as the rural population and that 50% of food is consumed in urban areas.

‘In the CGIAR, there’s been a feeling that we should keep to rural areas but we have opportunities to use urbanization as an engine for sustainable rural economic growth,’ said the Austrian agro-ecologist, adding that ‘the relationship between rural and urban is not as symbiotic as many assume’ and needed to change for more mutually beneficial outcomes.

‘Urbanization can be a burden on the hinterland,’ said Hauser. ‘Urban areas can expand into fertile farmland. Farmers face climate risk as they produce the few crops like maize that are wanted in the urban areas. Meanwhile, people in low-income urban areas tend to have narrow diets that expose them to malnutrition.’

The session on nutrition in cities made clear just how stacked the situation is against good nutrition. ICRAF’s Stepha McMullin said that ultra-processed branded foods like noodles that cook in two minutes are penetrating poor urban zones. 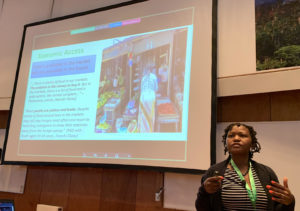 ‘We need to find ways to change the urban food environments to level the playing field for nutritious food items,’ said the originator of ICRAF’s food tree portfolio approach.

ICRISAT’s Wanjiku Gichohi reported on a study on low-income food environments in three African cities, among them, Lilongwe, where 67% of respondents cited cost as the main driver of food choice; just 4% mentioned taste. After cost, energy is the most important consideration for men, most of whom are manual labourers.

‘We need to consider replacing some of the maize in diets with wholesome grains,’ said Gichohi. ‘But consuming millet and sorghum instead of maize costs USD 0.20 more a day, or USD 6 more a month, which is a lot on a monthly income of USD 8–12. Maize in Malawi is highly subsidized, while very little millet and sorghum are grown. The poor also eat maize that is more aflatoxin affected.’

The African Population and Health Research Centre’s Elizabeth Kimani reported on Nairobi slums where 80% of households are food insecure, 50% of children under five suffer chronic undernutrition, and one-third of young mothers are underweight.

‘Food is available in the market but not the household,’ she said. ‘Urbanization is rapid, but the economy is not providing jobs.’ 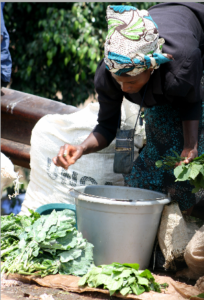 Indigenous vegetables on sale in an low-income settlement in Nairobi, Kenya. Photo: The Star, Kenya

‘Food is being grown in untreated sewerage,’ said the epidemiologist and public health specialist. ‘And it comes in seasons. When food is a lot, it gets wasted. Coping strategies are scavenging, stealing, begging, skipping meals, early marriage, and sex for food to sustain the family. Urban farming would enhance peace in these settings.’

In a session on the direct links between rural and urban regions through food trade, ICRISAT’s Mequanint Biset said that urban food vendors are ‘important food suppliers and food vending is an important source of livelihoods. But there are food-safety issues.’

CIAT agri-nutrition linkage expert Christine Chege said that more nutrition-sensitive value chains between regions and cities could address dietary quality, which is currently very poor in Nairobi slums with ‘43% of children under five not achieving their minimum dietary diversity’.

Asking ‘who is feeding the city?’, she said that value chains are often long. ‘Indigenous vegetables often arrive already withered and contaminated as they are usually thrown on a pickup’.

Chege is working with Twiga Foods to develop a model that addresses food safety and gives more benefits to rural producers. ICRISAT is leading thinking on how urbanization might benefit both rural and urban areas.

None of this is easy. Facing cyclical food crises, policy sentiment swings between wanting cheap imports of food and wanting a domestic supply of food that drives an agricultural transformation. 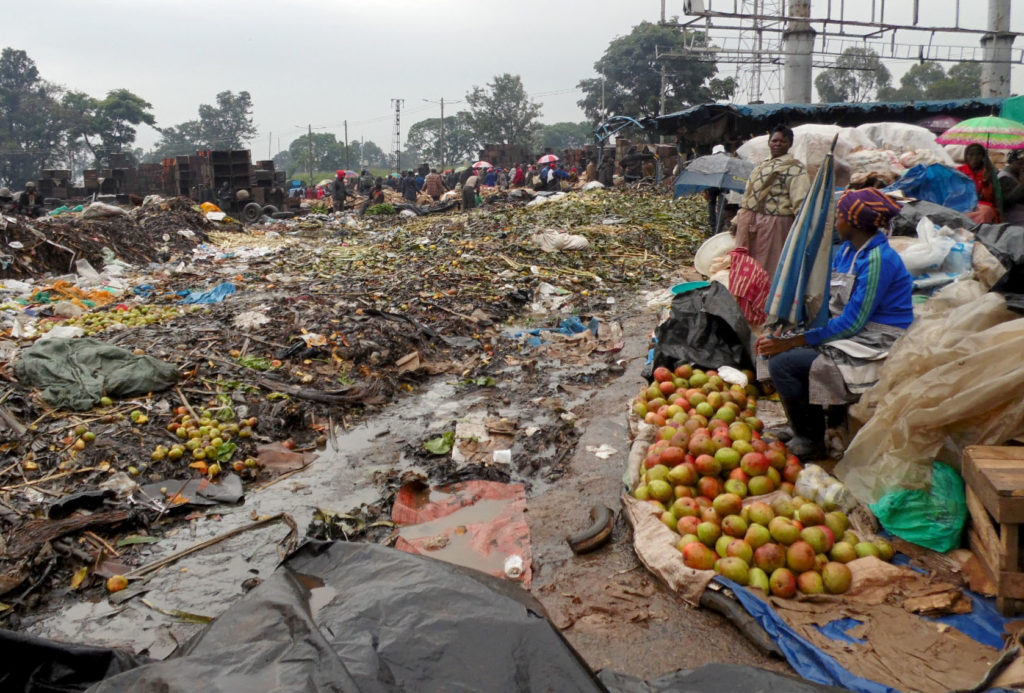 There are food safety issues in low-income urban areas. Photo: The Star, Kenya

Transformation is possible, the meeting concluded, with key reforms.

Grace Githiri from UN Habitat wrapped up with a message on the research agenda for city–region food links. ‘Without doubt, research that is tasked with agricultural transformation in rural areas must focus on urban development too and support spatially integrated rural–urban food system policies.’

The event may be a watershed leading centres like ICRISAT, ICRAF and CIAT to focus more on ‘cityscapes’ and relate them to the CGIAR’s more traditional rural focus. ‘As CGIAR, we must pay attention to urbanization,’ says Hauser.