An estimated US$ 40 million per annum, up from US$ 17 million in 2009, was infused into Malawi’s economy during Phase-I from legume export states a 2016 impact report of the Malawi Seed Industry Development Project. Project investments on increased adoption of improved varieties triggered the unlocking of crop productivity and livelihood opportunities in agriculture.  While the seed revolving fund bettered the lives of smallholder farmers like Gertrude Ngoma and Samson Kwenda, public-private partnerships with the Malawi Seed Alliance, Seed Traders Association and commercial entities like Kakuyu farm provided a safety net.

High use of improved legume varieties led to positive impacts. A 46% increase in productivity was recorded for groundnut and 43% for pigeonpea in project impact districts. Farmer income associated with groundnut saw a 45% increase, for pigeonpea it was 66%. Malawi’s first-ever improved chickpea varieties made their entry into the seed system recently during Phase II of the project.

Gertrude NGoma from Chamunguma village in Mzimba district was growing a groundnut variety susceptible to disease and local maize varieties. The harvests were barely enough to feed her family, let alone sell. In 2014, she joined a local farmer group that produces groundnut seed for ICRISAT through the project. She noticed that members of the group were both income and food secure, unlike the majority of farmers in the community, and she wanted the same for her family. She received 10 kg of CG 7 groundnut variety, as a startup seed loan, as well as training on agri-business and good agronomic practices. “After giving back the 10 kg seed loan, ICRISAT bought the rest of my produce and I made enough money to feed my family. I also built a decent iron sheet house,” she said. Through groundnut seed production, Gertrude also bought two diesel-powered maize mills saving women in the community the long trek to the nearest maize mill. 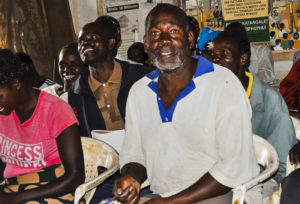 Samson Kwenda, a smallholder farmer from Mchinji district, central Malawi, used to struggle to produce enough on his one-hectare piece of land, to sustain his family for the whole year. He used local, recycled seeds, and followed the traditional growing practices. After many unsuccessful years of farming, Kwenda relocated to Kasungu district, to work as a tobacco tenant. Life as a tenant was not any better. “With a meager salary, providing food, clothing and other basic needs for five children and a wife was not an easy feat,” recalls Kwenda.

A year later, he decided to return to his farm. At that time, ICRISAT through the Malawi Seed Industry Development Project (MSIDP) had just started working with smallholder farmer groups in the area, training them in CG7 groundnut seed production. Kwenda joined the Katonda group. From his groundnut seed production Kwenda has been able to buy goats and pigs but more importantly, he was able to pay for his children’s education. His graduate son has a Bachelor of Science degree in Agri-business from Lilongwe University of Agriculture and Natural Resources.

The Katonda group was also trained in community seed banking, whereby smallholder farmers receive 10 kg of improved groundnut seed and give back twice as much, after harvesting. The returned seed is stored in a community warehouse for use by another group of farmers in the subsequent season.  MSIDP smallholder farmer clubs are provided with improved legumes and dryland seed varieties along with training on allied technologies and agronomic practices, which in turn will improve farm incomes, food security and reduce poverty in the communities. 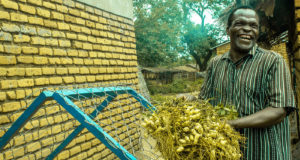 Sayilesi Gwizima, from Mchinij district, central Malawi started noticing a decline in his groundnut yield due to Groundnut Rosette Disease. For him, seven new improved groundnut varieties with early maturing and foliar disease resistance traits, released by the Department of Agricultural Research Services, in collaboration with ICRISAT, were the need of the hour. ICRISAT through strategic partnerships with members of its Malawi Seed Alliance and the Seed Traders Association, among others, has begun rolling out these new varieties, in the country. The response has been overwhelming, as farmers like Gwizima have been engaged to produce new technologies for farmers in the country.

Roping in the private sector 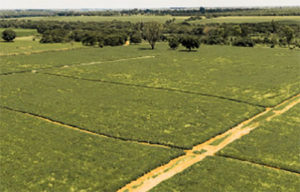 To sustain the availability of improved legume and dryland cereals among smallholder farmers in Malawi, MSIDP is strategically engaging commercial farmers, leveraging on their unique capabilities to ensure legume seed security in Malawi.

Commercial farmers are the backbone of the project’s seed security efforts, as they guarantee production even under unfavorable conditions and unlike smallholder farmers, meet conditions required to produce classes of seed, such as breeder, pre-basic and basic. Smallholder farmers are limited by structural challenges such as limited landholdings among others.

“At Irish Aid, we are guided by the philosophy of ‘reaching the farthest first’, hence our primary target in the agricultural sector are the smallholder farmers. However, we also understand that working cohesively with other players who are not in that category, but are instrumental to our course, is important, in order to achieve our goals. We therefore encourage these kinds of partnerships,” Irish Aid Senior Advisor, Gracewell Kumwembe said.

Read more about work in Malawi on EXPLOREit

Click here for the recent newsletter on ICRISAT-MSIDP partnership outputs