The United Nations General Assembly adopted an India-sponsored resolution to mark 2023 as the international year of millets. We delve into India’s millet production, their nutritional value and how the Indian government is promoting millets and its cultivation. 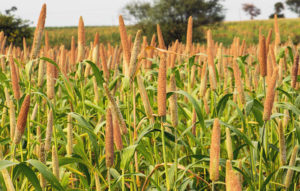 Super-grain, super-food and wonder-grain are some of the adjectives often used to describe millets, one of the oldest foods known to humans, and probably the first grain used for domestic purposes. The unanimous adoption by the United Nations General Assembly (UNGA) of the resolution to declare 2023 as the International Year of Millets, a proposal sponsored by India and supported by over 70 nations, underlines the international community’s support to recognize the importance and benefits of these grains for the global food system. Speaking on the subject, India’s permanent representative to the UN, Ambassador TS Tirumurti, said, “There is an urgent need to promote the nutritional and ecological benefit of millets to consumers, producers, and decision-makers, to improve production efficiencies, research and development investments, and food sector linkages”. He expressed gratitude to all the co-sponsors, especially Bangladesh, Kenya, Nepal, Nigeria, Russia, Senegal and all member states of the UN for their strong support.

In India, traces of millets have been found in the archaeological sites of Harappa and Mohenjo-daro, and several ancient Indian scriptures make references to millets. For many years, millets were a part of our daily diet. Today, there is a growing realization among Indian farmers that cultivating millets requires fewer inputs and it is also an economically viable option, especially in harsh and dry environments. This is supported by the new-found knowledge on the health benefits of millets. Also, over the last few years, the Indian government has been making extensive efforts to encourage the cultivation of millets. The Union Government of India, headed by Prime Minister Narendra Modi, had declared 2018 as the National Year of Millets to boost production of the nutrient-rich grains.

Millets are an important staple cereal crop for millions of smallholder dryland farmers across Asia and sub-Saharan Africa. They are also called nutri-cereals or dryland cereals, and include sorghum (jowar), pearl millet (bajra), finger millet (ragi), foxtail millet (kangni), proso millet (chena), barnyard millet (samvat ke chawal) and kodo millet (kodon), and offer high nutritional benefits. Millets are also referred to as Smart Food, which are good for the consumers, the planet and the farmers. For instance, finger millet has three times the amount of calcium as in milk, and most millets have very high levels of iron and zinc, low glycemic index, good levels of protein and fiber, and are gluten-free. Millets can also contribute to addressing some of the largest global issues in unison: poor diet (malnutrition to obesity); environmental issues (climate change, water scarcity and environmental degradation); and rural poverty. They have a low carbon footprint and have the ability to survive and grow in warm climate with very little water. They are climate-smart and hence constitute a good risk management strategy for farmers as compared to rice and wheat crops, which require higher quantities of water and fertilizer supplements.

Indian millets at the forefront

Efforts to bring Indian millets to the international forefront began in October 2017, during the Committee on Food Security event in Rome. A series of meetings involving the Government of India (GOI), the agricultural research body International Crops Research Institute for the Semi-Arid Tropics (ICRISAT) and other stakeholders was organized at the Food and Agriculture Organization (FAO) of the UN to identify the process of promoting the idea with FAO departments and the Indian Embassy in Rome. Following this initial step, in November 2017, the Government of India’s then Union Agriculture Minister Radha Mohan Singh wrote to Antonio Guterres, UN Secretary-General, requesting the inclusion of the proposal in the UN General Assembly agenda for an International Year of Millets in 2018. Although this process can typically take five years, the GOI, ICRISAT, CGIAR, the Indian Council of Agricultural Research (ICAR) of the Ministry of Agriculture & Farmers’ Welfare and its millets research institute, ICAR – Indian Institute of Millets Research (IIMR), along with others pursued the cause, which came to fruition in 2021. It is encouraging to note that the world is talking about depleting natural resources like arable land and water, and the pressing need to produce more to meet the food and nutritional requirements of the growing population. Staple crops like rice and wheat are part of our traditional diets but are known to be water guzzlers, challenging our farmers, consumers and policymakers to explore ways to diversify our cropping system. Millets suit this requirement.

Tolerant to drought and high temperature, and other climate change vagaries, millets are mostly cultivated on low-fertile land, mountainous, tribal and rain-fed areas of India like Andhra Pradesh, Chhattisgarh, Gujarat, Haryana, Madhya Pradesh, Odisha, Rajasthan, Maharashtra, Karnataka, Uttar Pradesh, Tamil Nadu and Telangana. As per FAO’s data, the global millet production stands at about 90 million tons, of which India’s share is about 19 million tons. However, as productivity for a majority of millets is very low, several Indian and international organizations have been working towards enhancing crop productivity by using multi-disciplinary approaches. For instance, the Pearl Millet Genome Sequencing Consortium, comprising 30 institutions, decoded the genome of pearl millet and identified genes for drought and heat tolerance that may be useful not only for millets but also for other major cereals. These researches have contributed to developing several high-yielding hybrids and improved varieties of several millets that are grown by farmers in India.

At the national level, the Government of India has been promoting the cultivation of millets on a mission mode to achieve nutritional security, following recommendations by a committee headed by NITI Aayog. Indian Prime Minister Narendra Modi dedicated 17 biofortified varieties of eight crops, which included two varieties of finger millets and one variety of little millet, on October 16, 2020, on the 75th anniversary of the FAO. As a part of the government’s initiative under the National Food Security Act, state governments have been advised to procure millets at minimum support price and distribute them under the public distribution system (PDS). India’s National Nutrition Mission, POSHAN Abhiyaan, has also advised state governments to include millets under large public system delivery channels such as Integrated Child Development Services, Mid-Day Meals etc. While the government and research organizations work towards higher productivity of millets, nutritionists and chefs are contributing towards the promotion of millets by creating unique millet dishes. Promotions are being done on easy ways to cook millets, convenient tasty millet recipes, and word is being spread about their nutritional benefits and environment-friendly qualities among all stakeholders – both at the national and international level. The UN Food Systems Summit 2021 also offers additional opportunity to make the food systems sustainable and resilient. The declaration of 2023 as the ‘International Year of Millets’ will certainly support all these efforts and make millets a popular and healthy food choice
for all.